Medicare, BCBS Advantage, and BCBS PPO are the only insurances we accept! Self-pay is also available
(Not currently accepting new patients)

Our team is dedicated to serving our patients with love. By using a variety of tools, including Herbal medicine, Homeopathy, nutritional supplements, relaxation techniques, lifestyle techniques and conventional medicine we hope to help you become as healthy as possible. We believe in the wisdom of nature, and at the same time individuality. We also think that it is best to use natural methods as much possible rather than just suppressing symptoms. Lifestyle is the key to good health. We strive to help each person achieve optimal health! Therefore, by combining the best of Holistic and conventional medicine we can achieve the best results for you.

We believe in a partnership with our patients and use the following
Linkner’s Laws of Healing:

The Parkway Center was moved by us in 1987. Watch a fun short video about it.

“In our life there is a single color, as on an artist’s palette, which
provides the meaning of life and art. It is the color of love.”
— Marc Chagall

Edward (Lev) Linkner M.D., ABIHM, has been involved with Holistic Medicine for 45 years. He has been in solo practice in Ann Arbor, Michigan for the last 32 years in a Multidisciplinary Holistic Center.

During his first year in medical school at the University of Michigan, he was a founding member of the Ann Arbor Peoples Free Clinic, where he began his interest in healing.

A charter member of the American Holistic Medical Association since 1979, he has been on the board of trustees and served as the secretary. He has been a trustee of the non-profit American Holistic Medical Foundation, and is a founding member in 1996 of the American Board of Integrative Holistic Medicine. Since 1977 he has been a clinical assistant professor, advisor, and researcher at the University of Michigan Medical School, department of Family Practice. He also has a clinical appointment in the School of Public Health’s Preventive Medicine Residency and is faculty at Saint Joseph Mercy Hospital family medicine residency. He is presently not teaching.

In 1979 he co-founded the Institute for Psychology and Medicine, in 1984 the Rehabilitation Health Center (a chronic pain and rehabilitation clinic), and in 1988 The Parkway Center (a multi-disciplinary holistic center). Over the last few years he has been an advisor to various local and national organizations, a book reviewer, written a weekly newspaper column, and hosted a weekly live radio show. He was the author consultant for the book The Complete Book of Home Herbal Remedies, a holistic guide to understanding and treating common ailments with herbs. He was a co-author for the chapter on Genitourinary Health and Cardiovascular Disease in Dr.Rob Ivker’s book Thriving, The Complete Mind/Body guide for Optimal Health and Fitness for Men. He has received the highest honor from his peers of the 2001 Holistic Pioneer Award. He is a medical legal malpractice expert and consultant.

In 2012, the Medical textbook, Rakel’s Integrative Medicine has a chapter on Insulin Resistance/ Prediabetes authored by Dr. Linkner. He was selected by the readers of Ann Arbor based “Current Magazine” to be the “Top Doc” in all of Washtenaw county in 2010 and 2013.

He practices a wide range of techniques including nutrition, botanical medicine and homeopathy, with people of all ages, focusing on the whole person to achieve optimal health and prevent illness.
He has five children and 5 grandkids.

Lev considers himself the happiest, and most blessed physician he knows. 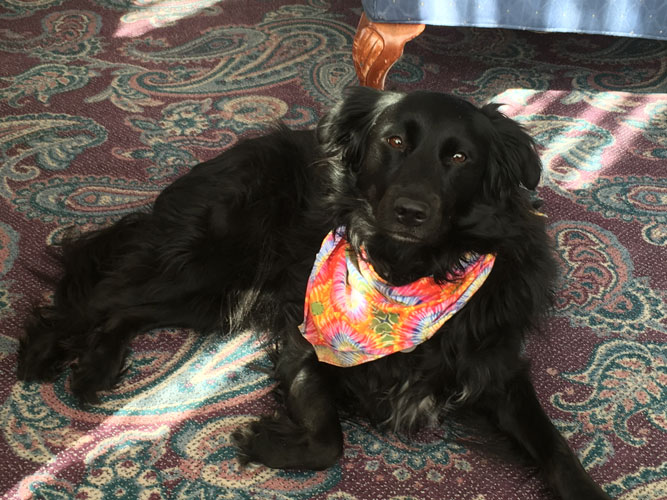 We have the BEST staff EVER! Together we are a perfect team. Hakam is our receptionist, Dawn and Kelsey are our medical assistants, and Gayle is our biller. In reality we all work together and help make our office so
pleasant and healing! Of course our dogs, Maizey & Rocko, are the greatest healers of all!

“We treat all of our patients as family and guide them through their medical experiences and healing.”

The best place for high quality supplements and gifts